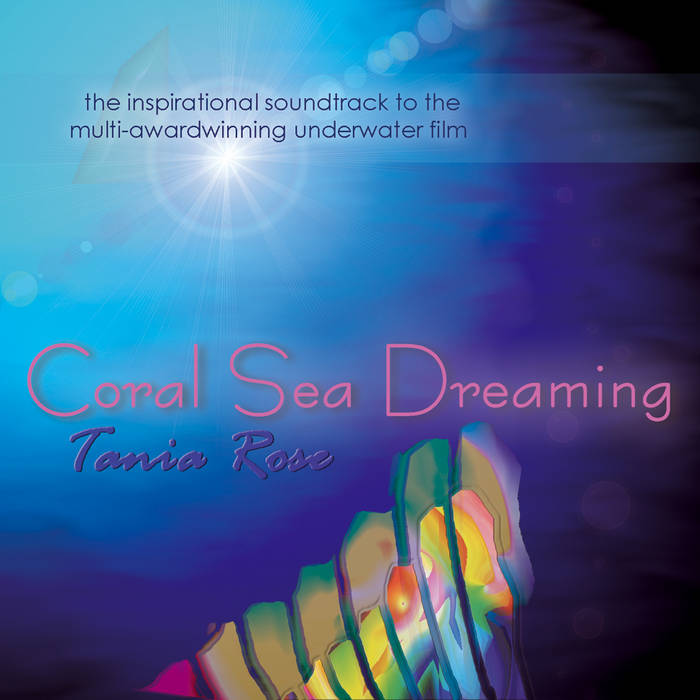 In the music to this multi-award-winning film (an underwater odyssey with no voice-over...just a 55 minute soundtrack) one can feel the emotional connection to the films' imagery of The Great Barrier Reef in all it's glory. Coral Sea Dreaming has been described as "a balm to my soul", "pulls you into this other world", "transported to heaven", "there is peace somewhere!".

The film was originally released in 1994, one of the first nature films to use only a soundtrack and no voice-over, and was instantly embraced by those working within the healing arts and in the medical profession. It soon began taking out film awards world-wide, as it's unique nature and beautiful composition were celebrated in the industry.

This is a great piece of r-e-l-a-x-a-t-i-o-n music. Almost an hour long in it's entirety, it's perfect to be used by anyone wanting to chill-out and unwind, as there are no gaps between songs, no stops and starts, just one long peaceful flowing journey. With a soundtrack like this, it's no wonder the film took the world by storm, and inspired copy-cat films by the dozen.

"Calming, tranquil and absolutely beautiful
I've used this album for drifting off to sleep, to ease my stress level, as gorgeous background music, while studying for exams during my college days, and to nurture my soul in good times and bad. A flowing, lyrical composition, this is timeless in it's beauty and grace. You can't go wrong by buying this one! Love it!"
Kim Loftis

"If you enjoy listening to the likes of Enya and Vangelis, then you just might hear their influences. Because this is one 55 minute continuous piece of music, it is perfect for meditation, massage, yoga, and anywhere else one requires an uninterupted flow of music. It's gentle and soothing qualities make it useful for colicy babies, and restless children at bedtime. It's unobtrusive and definately worth having"
MP3.com.au

"If you've never scuba-dived on the barrier reef, it's here in music
I was swimming with some nasty-looking sharks in 'underwater world' in mooloolaba, (Yes,I said sharks!)sunshine coast, queensland, australia, six months ago and was later looking at them from outside the huge aquarium when I heard this remarkable music emanating from the public address system. The 'underwater world' shop did not have the music CD but did have a DVD, which contains amazing high-quality video of the Reef and Coral Sea with no commentry, only this hauntingly, beautiful music. If you would like a visual feast or you are feeling stressed, buy the DVD or CD. I bought both and never tire of listening or looking."
Aiden Gallagher

Tania Rose is an audio explorer, most notably exploring the world of ambient, soundtrack-like music. Her reputation in the world of relaxation music is noteworthy, particularly the soundtrack to the CORAL SEA DREAMING film, and her sleep cd DRIFT.

"i love the unusual and the beautiful, the expressive and the peaceful. Sometimes i'm eclectic, and other times i'm still. It's the paradox of living" ... more

Bandcamp Daily  your guide to the world of Bandcamp